Well, the Summer breedings are pretty much over with now, and out of 50 or so babies it looks like I will be holding 9 or 10. These Jrs. will not reach Senior-hood until next year, but for now they can probably go to a few Fall shows as Jrs. and pick up some legs (maybe---?:)), and then they'll be ready for the Big Leagues on the tables next Spring:).

Below are a few of the keepers I took pictures of today (I still have more to groom tomorrow). There are also a few younger litters that have yet to be evaluated but who should have nice prospects in them out of Etienne and Diana. Those guys were recently weaned and I won't handle them to check type until they are at least 10 weeks old---so they have had more time to flesh out.

First is Spang's Anje (0SP67) out of Kimba and Anton. Anje is a large REW doe with great bone and type: 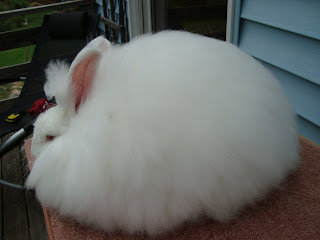 Next is Spang's Aiko (0SP54) out of Carmen and Diego, one of two sisters who should be great show rabbits as Seniors: 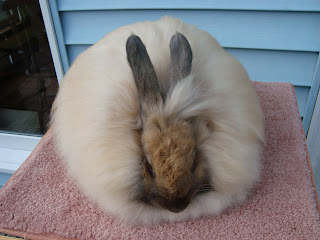 This is Spang's Nikola (0SP64) out of Diana and Anton. Also a typey girl:) 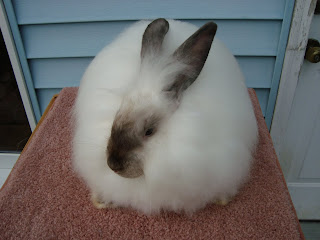 And this is the second (and best:)) sister out of Carmen and Diego--Spang's Evita (0SP57) 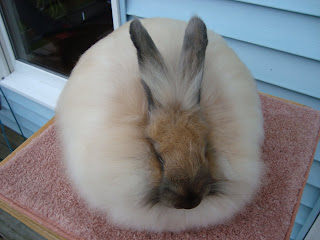 This is Spang's Duncan (0SP37) out of Marin and S'more. A MONSTER big Sable boy who I have to put on the scale tomorrow to make sure he isn't overweight already, LOL: 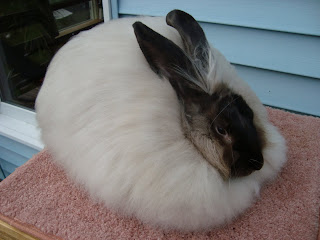 And finally, this is Spang's Selene(0SP61) out of Bijou and Diego. This doe is going to have a wonderful, wonderful coat just like her Mother (grin!), so I have decided to keep Bijou indefinitely to get as many carbon copies of her as possible:)
. 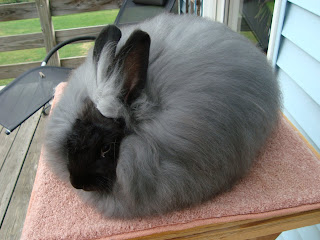 Hi. I wanted to ask what the coloring type is called for your rabbit Spang Aiko? I have a similar rabbit and wasn't sure if it was called a tort or a sable. Thank you!